After an amazing week in Almaty and Navrus celebrations in Shymkent we travelled on to Uzbekistan.

Uzbekistan has long been a bit of a difficult destination due to visa regulations, customs regulations, and the like. Therefore, it was not really on our list for this year of travelling. However, on the train between Astana and Almaty when we really started reading about Central Asia we both felt the excitement around this weird, closed country, with a history of trade and beautiful settlements – so we decided to check up on the visa and customs regulations.

When we did so we learned that as of February 10th, 2018 Uzbekistan’s new president have ordered the rules changed so that we could now obtain an Uzbek visa in 2 days at the embassy in Almaty without a letter of invitation. Also, as of March 1st the most convenient border crossing with Tajikistan was reopened and thereby making a perfect loop for our Central Asian adventures. No doubt, we wanted to go to Uzbekistan!

So on the first weekday after our arrival in Almaty we went to the Uzbek embassy to submit our visa application. It all went well, and we got the Uzbek visa without much hassle. 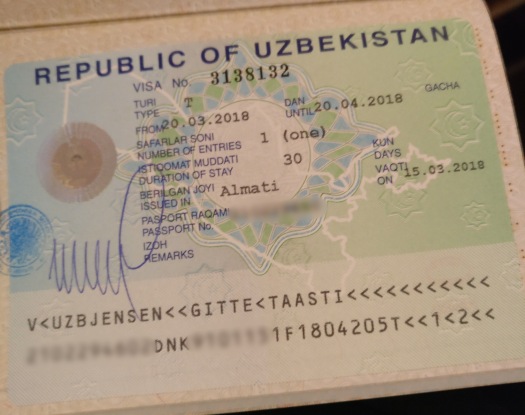 After our long night crossing the border overland between Russia and Astana by bus we decided on a new strategy: We would do it by train. However, it turned out that from Shymkent you could only get a night train to Tashkent on our day of departure. We thought it would be okay, but we truly underestimated the big fuss about crossing the Kazakh-Uzbek border…

We boarded the train in Shymkent without problems and were soon questioned by curious fellow (mainly Uzbek) travellers about pretty much anything — they are probably not that used to tourists travelling 3rd class across the border to Uzbekistan. Gitte did a brave job answering their questions. As it was all in Russian it easily filled the first hour of the train ride 🙂

After 1.5 hours of sleep we all had to wake up, pack our belongings and be ready for inspection — first when leaving Kazakhstan, and afterwards entering Uzbekistan. Long blog posts are written on the customs regulations of Uzbekistan, how to fill in their customs declaration form and so forth. However, we were not requested to fill out anything and were questioned briefly by a smiling officer joking about us having “big guns” in our backpacks. As Gitte readily opened her bag to show that there were nothing but clothes he just laughed and moved on. However, the whole procedure took about 4 hours in total — not leaving much time for sleeping.

In the meantime Ulrik got sick, and as our Russian skills do not really allow for being discreet when we need help the whole carriage was soon occupied giving us good advice on health in Uzbekistan, handing us medicine, as well as offering to call a doctor. Meanwhile Gitte’s “best effort examination” concluded that some sleep, clean water, and less local pastry with meat sold from a dusty road full of camels, horses, and humans and/or oat without mold would probably improve the situation a lot.

Finally, we arrived in Tashkent, and after some bargaining with the taxi drivers we got a taxi to take us to our hotel for a totally unfair price. The hotel must have guessed that we had been having a really long night, as they quickly checked us in and let us sleep in some unused beds until our room was available.

Fortunately, Gitte’s conclusion on Ulrik’s health was right and in the afternoon we ventured out in Tashkent on the hunt for lunch, a bank to exchange money, and the train ticket office to get tickets for our further explorations in Uzbekistan. We succeeded with all three, and was rewarded with a huge portion of local “plov” and an even bigger pile of Uzbek Som. 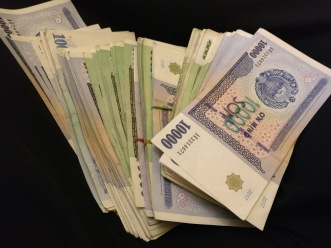 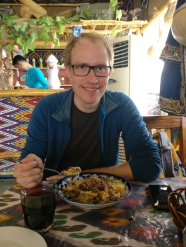 We spent some time sightseeing in Tashkent — there are quite some interesting buildings and monuments, but we soon got tired and wanted to get out of the city. 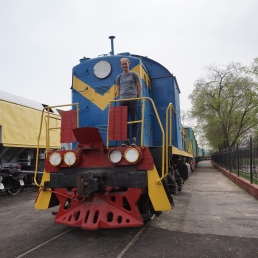 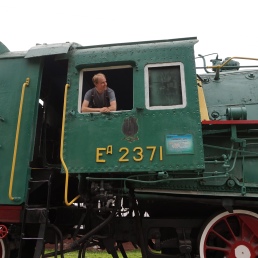 Therefore, we decided to head for the Chimgan mountains — Uzbekistan’s version of a ski resort in the Ugam-Chatkal National Park. Ski season is over, but this did not affect the amount of families going to the mountains for a sunny Sunday picnic. There were plenty of people, and the ski lifts operated to get people up and down the mountains. Our adventures count a horse ride up through one of the valleys, and a short trek up to the Pesochniy Pass next to the “Small Chimgan Mountain”. Including getting cheated by a taxi driver, and the horsemen…

It was a perfect adventure out of Tashkent before we headed towards Bukhara for more sightseeing.

2 Replies to “First impressions of Uzbekistan”