After enjoying a hot shower at the Palmerston North City Library we were ready for new adventures. The goal was the South Island and the Franz Josef Glacier – not exactly around the corner from Palmerston North, so we were on the road for a few days to get there.

First, we headed further south towards Wellington and decided to stay overnight at Waikawa campsite (yes, we do indeed love DOC basic campsites – how awesome with free overnight stays!). Here we encountered our next big enemy: Sandflies. Biting little bastards… Also, this campsite had no water supply, so we needed to get water from the small river passing by. What a great chance to test out our water filtering system real life! 🙂

After a nights sleep we continued south to catch the ferry from Wellington to Picton. With some spare time in Wellington to kill we went to the National Museum (it was free anyway), and it was actually a great experience with lots of exhibitions on native birds and plants – and also a lot on Maori heritage and culture. The ferry from Wellington to Picton was on the other hand not that exciting – just a lot of tourists very keen to get a picture of the South Island. 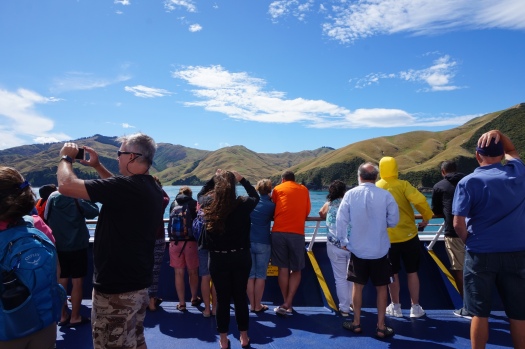 Finally arriving to the southern part of New Zealand we just had 30 minutes drive to our camp for the night: Aussie Bay campsite. The campsite was a lovely small one right down to the ocean. 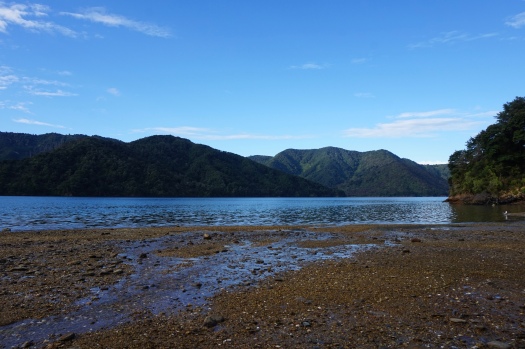 However, the road was a killer! Below a screen dump of the road taking us there. Gitte was down for at least 20 minutes afterwards trying to decide whether it was time to vomit once again.

Waking up to a new day with many hours on the road ahead of us. First, on that same winding road again it took ages to move forward. Added a little detour as gas stations were suddenly quite rare and not just there when you need them we at lunch time felt like we had not really moved anywhere. But the Franz Josef Glacier was waiting, so we prepared some healthy driving snacks and moved on. 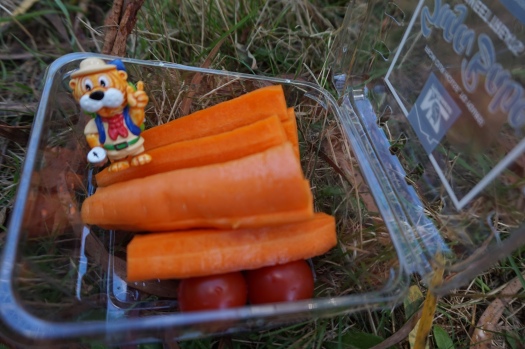 To add a little fun to the drive we decided to offer a lift for the next hitchhiker who did not look too spooky. Shortly after we met the American Eric looking for a drive to Hokitika – just on our route. Quickly rearranging our stuff on the backseat and we had lovely company for the next few hours. Also, roads straightened and the kilometres passed much faster.

Saying goodbye to Eric in Hokitika we had to realise that we would not reach Franz Josef Glacier early enough to get a camping spot on the campsite we planned to stay at. Therefore, we decided to call it a day and stay overnight at the Lake Ianthi Matahi campsite.

January 24th we could then drive the last hour or so and finally reach Franz Josef Glacier and the Glacier Country Campervan Park with hot showers, free WiFi, barbecues, and everything else besides grass to pitch a tent on. As the campsite was mainly “self-service” we decided to service ourself and pitch our tent at a random spot of cut bush and hope for forgiveness if it was not within the boundaries of self-service. We heard nothing, and took a very long hot shower. It was absolutely lovely!

Unfortunately, Gitte was still caught by the cold and not capable of any kind of adventures and it was raining again, so although we were now in Franz Josef we did not get even a tiny glimpse of the glacier. After a night in the nice warm sleeping bag and a hot shower Gitte felt better, and also the weather was on our side. So finally, January 25th we walked as close to the glacier as you can get without paying a fortune to get on top of it by a helicopter. And it was amazing. Cold as a big fridge, and blue ice so you almost imagine the castle in Frozen could be on top.

Back at the carpark Gitte had to realise that even when you feel a bit better, walking 4 km in hilly terrain is too much. Agreements were made: Gitte would have a nap in the car, Ulrik would do one of the other short walks in the area. After 3 of the walks in the area he managed to wake Gitte up again 😉

Feeling better after the long nap we decided to explore the Tatare Tunnels. A rather short walk through rainforest like terrain and there it was: An old tunnel used to lead water the right way for gold mining and later to generate power to the city, now just an old tunnel full of glowworms. With our big boots and nice head lamps we could enjoy the exploration of the glowworms almost on our own without wet and cold feet as the other tourists who hurried through. Below, we try to share the amazing glowworms with you. Unfortunately, they are not really that “Instagramable” 😉

Next goal is to see yellow eyed penguins in Dunedin. More about that when we manage to actually get there 🙂